23 qualified leads. And the sale of two Porsche Macans. Those are the most important results of our influencer campaign for Pon Automotive, the Dutch distributor of several cars, including Porsche. The company enlisted Progress Communications’ help to increase awareness for the Porsche Macan among its target group, and to generate more requests for test-drives. “The results exceeded our expectations,” said Jasper Koek, PR Manager at Pon. Our approach has been nominated for a prestigious SABRE Award.

Why would you have your groceries delivered to your home when you can pick them up in a Porsche Macan? To promote the SUV, Porsche introduced the Marché Macan – an online shop where visitors can order luxurious products. Which they can then pick up at a Porsche dealer in a specially made available Porsch Macan. Once a week, visitors were even given the chance to pick up the product in the country of origin. Which means they would drive to Scotland to pick up an award-winning gin or go to Germany for a fountain pen made of solid brass.

To generate awareness for both the Marché Macan and the Porsche Macan itself, Pon asked Progress Communications for help. Because the online shop was a means for Porsche to generate test-drive requests, we chose to set up a campaign in collaboration with Lonneke Nooteboom. She is a lifestyle and fashion influencer who focuses on travel and luxury. Via her blog StyleMyDay and her social media she has a large reach among a relevant target group of women aged 35 and older.

Like the weekly winners of the Marché Macan, Lonneke took a Porsche Macan on an international road trip to pick up her order. In her case, it was a box of the world’s best macarons in Paris. On Instagram, Facebook and her blog she kept her followers up to date of her trip. Thanks to well-known Dutch celebrities commenting on her posts, she was able to achieve a total reach of nearly 780,000 people and 17,000 interactions. The estimated PR value of the campaign: 47,000 euros.

Results that exceeded all expectations

The results aren’t bad, even if we do say so ourselves. But what’s more important is that the campaign contributed to the business goals. Jasper Koek: “We were absolutely amazed by the number of leads Progress Communications managed to generate with the campaign. 23 qualified leads exceeded all expectations. Especially considering the profile of leads, which matched perfectly with Porsche Macan’s target group. Eventually we were even able to attribute the sale of two Porsche Macans to the influencer campaign.”

Our approach wasn’t just received well by Pon Automotive, but also noticed by the expert jury of the SABRE EMEA Awards. The campaign has been nominated for a 2019 award in the category Marketing to Women. In addition, our Dutch PR strategy for Boeing is in the running for a SABRE Award in the category Executive Communications. In 2018, SABRE named the LVT Group, of which Progress Communications is a part, Benelux Agency of the Year. The year before that we won various SABRE Awards as well. In fact, we were the very first Dutch agency to win a Global SABRE Award. 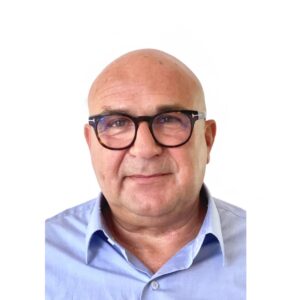 We are continuously in contact with media and bloggers to link to relevant editorial iRobot issues. We focus on both tech, consumer and lifestyle media as well as on general media and influencers. Per medium, we focus on other qualities of the products: from specifications to the time savings they produce.