Coins are more than a means of payment; they fulfill a cultural and emotional value and are carriers of communication messages from our government. For this reason, the Royal Dutch Mint (Koninklijke Nederlandse Munt – KNM), commissioned by the Ministry of Finance, annually launches special commemorative coins that capture and communicate important Dutch moments in history.

The KNM did not only want to introduce the coins, but also make it clear that the company itself is an innovative, global supplier. Over the past few years, many innovative developments took place at the company, including laser and 3D techniques, which allows to include QR code and micro texts and details to coins.

Progress Communications was responsible for the entire PR process around the new commemorative coins and special editions, and presented the special issues during a ceremonial ‘First strike’ under the watchful eye of among others the Minister of Finance, King Willem Alexander and Jet Bussemaker, Minister of Education, Culture and science.

Our activities included the press invitation, media lobby, accreditation and supporting the press on the day itself. Afterwards, we conducted interviews with, amongst others, the designers, ministers and the director of the Royal Dutch Mint. And of course we distributed a press release with pictures of the day itself. We also directed video news releases, for example for the Painting Fiver and Tulips Fiver.

Due to its formal character with speeches, the ceremonies are not always very photogenic. That’s why for First Strikes we help camera teams get the right shot. By making the event more visually appealing, we increase the chance for more media coverage. The first strike of the various coins was crowded, partly thanks to our active lobby. Photographers and cameramen from RTL News and NOS for example were gathering around the coin press machine. For the media that were not able to attend and for KNM’s social media channels, we quickly delivered our own images.

Some First Strikes were performed by Princess Beatrix and King Willem-Alexander. We received the dignitaries and handled the entire communication process with all stakeholders. 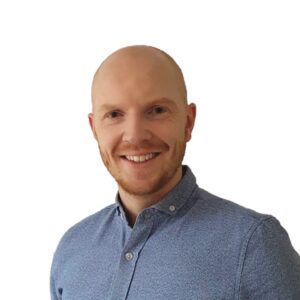 How to convince the hard to reach millennial audience of the importance of online safety? For Microsoft, we came up with an awareness campaign that we executed in collaboration with B-Brave. Together with the popular Dutch boyband we set up a hoax, aiming for it to go viral. And viral it went, on social as well as traditional media.