We did it – the Sabre Awards!

Sometimes we forget the incredible things we do in our jobs. We work hard to achieve goals and don’t always take the time to actually reflect upon what we already have achieved. In fact, sometimes we even have difficulty remembering what it is we did last quarter. Some of us might recognize the conversations when we sit down and look back on great projects and conclude ‘that was really great, I can’t believe we did it and I can’t believe it was only three months ago!’ Last night, we experienced such an evening. Two of our cases were nominated for one the most prestigious PR awards in the world: the Sabre Awards. And we WON! The amazing projects? The Next Rembrandt and the B-Brave campaign, both executed in close cooperation with our client, Microsoft. And indeed, it was only a couple of months ago that we actually implemented these campaigns!

With The Next Rembrandt we unveiled a portrait of a man in black 17th-century clothing with a white collar and a hat. Right in front of an auditorium packed with media. The self-portrait was created using data from Rembrandt’s total body of work, applying deep learning algorithms and facial recognition techniques. Blurring the boundaries between art and technology, this artwork is intended to fuel the conversation about the relationship between art and algorithms, between data and human design and between technology and emotion.

The Next Rembrandt is a cooperation between presenting partner ING Bank, advertising agency J. Walter Thompson Amsterdam, technology partner Microsoft and advisors from Delft University of Technology (TU Delft), The Mauritshuis and Museum Het Rembrandthuis. We were proud to plan the PR strategy and execution of this amazing project. And proud that our team’s impressive PR work was acknowledge with a Sabre Award. The Next Rembrandt was a global trending topic on Twitter, reporting almost 10 million Twitter impressions on launch day. Over 1,800 articles (and counting) have been written worldwide, all major news networks covered the unveiling, not just as a news item, but also providing a deeper analysis and commenting on how the project will affect future innovations. We reached over 3 billion media impressions globally; earned a media value of 12.5 million euros and on launch day Fortune Magazine reported an increase in stock value for ING (ING ^1.22%) and partner Microsoft (MSFT ^0.49%). Customers responded by proactively reaching out to Microsoft, with deals signed shortly after.

I truly appreciated the comment of the German Telefonica team at our Sabre table when I explained the case to them: “Oh my, I actually read or heard about this story, what a great project, so you were the agency that managed the PR for this project, how awesome!” 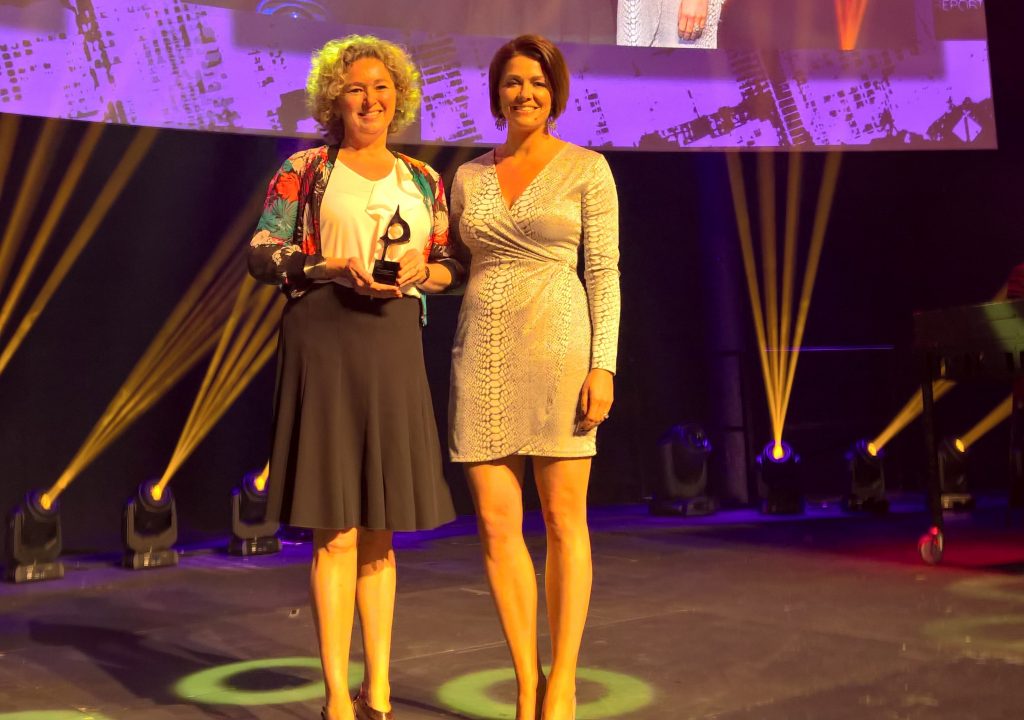 And later in the evening I discussed our other, totally different B-Brave case with our Telefonica table guests. I explained that as part of Microsoft’s National Empowerment Plan we sparked online safety awareness among all audiences, but that we had a hard time reaching the Dutch youth aged 10 – 20. And that Microsoft Netherlands does not have specific products, services or (above the line) campaigns that could be leveraged to reach Dutch youth.. Our research showed that they mainly consume social media like Instagram, ‘dark social media’, like WhatsApp and Snapchat and youth-specific traditional RTV and print media. In addition, influencers play a huge role in reaching Generation Z.

Based on the objectives, challenge and research, we decided to take a creative risk by targeting these young people though a social media fueled prank, in collaboration with B-Brave – at that time by far the most popular boyband in the Netherlands. The boyband had an inherent interest in creating more awareness for online safety, because a child abuser was jailed for stealing their online identity and using it to reach out to their young fans. Because of this mutual interest, the band agreed on a pro bono collaboration.

Together, we set up a prank, intentionally leaking  the phone number of one of the band members via a photo on Snapchat and Instagram. The prank went viral, thousands of fans called the number, over 4,000 WhatsApp messages were sent to the number on the first day and its big reveal on national radio generated national and international (prime time) coverage. The short video of the prank was the best performing video on Twitter of the year, we had an organic reach of 195.4K in total.

I am still proud of both cases. And I agreed with Telefonica when they commented on our B-Brave case: “Wow, that’s what I call out-of-the-box thinking to reach your target audience”. As I can only agree with this, I do feel that there’s a side to these cases we might sometimes underestimate. You see, to excel in our field of business (PR and communications consultancy) and to ultimately deliver the cases that are eligible for premium awards like the Sabre Awards, you need professional, innovating and, above all, brave clients. Clients that are willing and trusting to embark upon adventures like these with you. So please consider this a big thank you to our client Microsoft with whom we have been working for several years on an almost 24/7 basis.

We’re now experiencing the benefits of a traditional relationship that we have been transforming into a unique, and truly intimate cooperation. Allowing us to learn from each other in so many new ways and recognizing each other’s strengths and intrinsic motivations to fuel the daily work we do together and ignite many more future award winning projects. 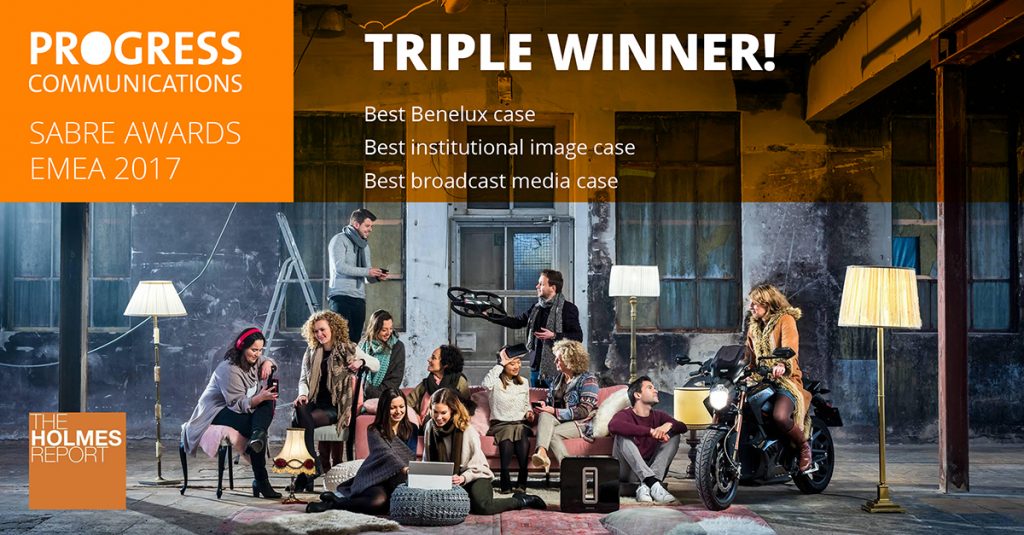