If you’re an American organization, how do you strengthen the relationship with a broad Dutch audience? When our client Boeing asked us that question, we were able to provide an answer almost right away: by demonstrating that the organization has been investing in Dutch knowledge and the local economy and society for several decades. With the PR strategy we developed and executed with that goal in mind, we were able to reach almost 70 percent of the total Dutch population. In fact, our approach even resulted in a SABRE EMEA Award nomination.

Focus on the Netherlands

Boeing has been active in the Netherlands for more than eighty years. The company has more than 365 employees working across multiple Dutch locations and it collaborates with several Dutch universities. In addition, Boeing delivered more than three hundred aircrafts to Dutch airline companies and forms an important part of the economic ecosystem of many Dutch companies.

Yet many people still saw Boeing as mainly an American organization. It was up to Progress Communications to change this perception: Boeing has an international focus, in which the Netherlands plays a significant role. The company enlisted our help to make known to a broad audience what Boeing and its suppliers do in the Netherlands. Moreover, Boeing wanted to use this opportunity to build stronger relationships with a variety of stakeholders.

In order to turn the objectives into an actual strategy, we first decided on several subjects that match Boeing’s operations in the Netherlands. We also identified the key target groups and set up a plan to reach them with the right message.

We translated our plan of action into a year plan, which included increasing the visibility of Managing Director of Boeing Benelux & Nordics, Tineke Bakker – van der Veen. She consistently talked about Boeing’s economic footprint in the Netherlands, the importance of diversity within companies, and the importance of introducing young girls to STEM subjects and STEM role models. Progress Communications regularly planned interviews with different national and trade media and made sure Tineke spoke at several public events.

To generate more attention for Boeing’s activities in the Netherlands, we regularly provided updates on both local and Dutch initiatives, and we organized an ‘open office day’ at the Amsterdam office. We also highlighted Boeing’s activities in the area of space and drones (both manned and unmanned). The company participated in Drone Week and we collaborated with National Geographic on a series about Mars.

In 2018, a total of nine hundred articles about Boeing appeared in Dutch media, of which 250 were the result of our local communication. Tineke gave interviews to De Telegraaf, Opzij, FNR and FD, which lead to spin-off quotes in other media – of which the majority was positive. In total, our PR strategy and approach for the Netherlands reached twelve million people.

Our PR activities for Boeing in the Netherlands have been nominated for a SABRE EMEA Award in the category Executive Communications. This nomination is a nice addition to our SABRE Award nomination in the category Marketing to Women, for our influencer campaign for Pon/Porsche. In 2018, SABRE named the LVT Group, which Progress Communications is a part of, Benelux Agency of the Year. The year before that we won various SABRE Awards as well. In fact, we were the very first Dutch agency to win a Global SABRE Award. 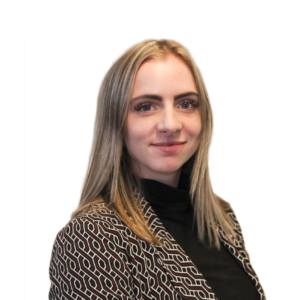