Communications-wise, we were faced with two key questions. One, how to make a complex scientific topic accessible for the general public? And two, how to simultaneously stress the urgency and economic and social importance for the Netherlands?

We first used the important news fact of the opening to make it clear that the lab strengthens The Netherlands’ position in the race for the quantum computer. And that the unparalleled computing power of quantum technology will significantly improve our daily lives and even contribute to solutions relating to climate, energy and healthcare. We combined this news fact with the call for the Netherlands to become quantum ready.

To get this message across, we set up interviews with leading media, such as de Volkskrant, Trouw and Radio 1. The journalists were able to speak with Professor Leo Kouwenhoven, who leads the development of the building blocks of the quantum computer for both the lab and the research, and Microsoft national technology officer Hans Bos. We also worked closely together with the other parties that were involved, such as QuTech, TU Delft, StartupDelta and the ministry of Economic Affairs and Climate, and their spokespersons.

To help the journalists shape their stories, we developed four different opening programs. And we made sure to organize a press lobby beforehand. We also created a media kit with background information about the quantum computer and used a blogpost by Microsoft the Netherlands’ director Ernst-Jan Stigter to generate attention for the story among the target group via Microsoft’s own channels. Via a press release we provided media with the information they needed to create content about the opening.

The event’s PR activities turned out to be successful. Thirty journalists (both the written press and photo and television media) attended the opening. To make sure every journalist went home with the right information, we guided every interview. We also set up several interviews on the spot. But we didn’t stop there. In addition to PR, we were responsible for sorting through and approving the visuals and making them available to the media. And we guided the lab tours with the attending media, so they were able to get an impression of the lab and get the pictures they needed.

The turnout wasn’t the only thing that was great. So was the coverage. After the event, different media published a total of more than sixty news items. The important national dailies and news sites de Volkskrant, Trouw, AD, Telegraaf en NU.nl paid attention to the Microsoft Quantum Lab and both RTL Nieuws and Radio 1 dedicated an item to it. Moreover, the opening was covered in multiple royalty, tech and IT media. Even international media paid attention to it. With the PR, the organization of the event and the resulting news items, the goal of the opening was achieved. Thanks to our efforts, the media turned a complex scientific topic into an accessible story for the public. At the same time, the PR activities led to an added layer in the message to stress the urgency and the economic and societal importance for the Netherlands.

Have you got an event planned, but are you still lacking a concrete PR plan? Our consultants are happy to help and organize a great (press) turnout and event that makes an impact. Contact us now. 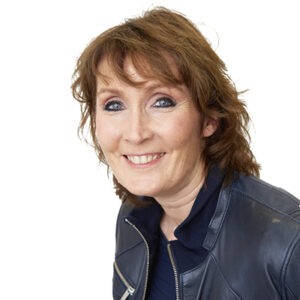