Just over a year ago, Microsoft introduced a new operating system: Windows 10. Because Windows 8 was less well received in the media earlier, Windows 10 had a lot to prove. In addition, the operating system was introduced in the middle of summer – not the most suitable period, considering the holiday period.

Microsoft wants a billion Windows 10 users worldwide within three years. In order to achieve this, it was important that consumers and companies knew about the launch of Windows 10. In addition, we expected many questions and wanted to make the transition to the new operating system as smoothly as possible.

Our approach consisted of several steps. For the early adopters, influencers and Microsoft fans, we organized an Insiders event in Amsterdam in May 2016, where they could get a preview of Windows 10. These ambassadors were later linked to the media to share their first-class experience stories. In addition, we organized a barbeque for media well before the launch – and on the hottest day of the year – where they could interview key experts and experience demos.

On the day of the introduction, we coordinated the media attention around the Windows 10 tram in Rotterdam (which has area code 010). The tram enabled both journalists and consumers to check in at this first Windows 10 Check-In point, where they were informed about the possibilities of Windows 10. This ensured an attractive visual image for the media. That same day, retailers throughout the country opened Windows 10 Check-Ins, where consumers could upgrade their devices.

As the fourth part of this campaign, we organized a 10-day long popup exhibition FutureProef. For ten days, everyone could get an idea of forty years of Microsoft: past, present and future innovations – from the very first computers to the HoloLens. Both the Windows 10 tram and FutureProef were organized in cooperation with our sister agency Eventive.

For all four components, we provided save-the-dates, invitations, social media content, press releases, presskits via SWAY, Q&As and interviews and media briefings. That’s how we made sure everyone – from Microsoft to journalists and consumers – was aware of the true star of the show: Windows 10.

Media attention is great, but in the end, we want to contribute to the business objective with PR: to realize as many upgrades as possible. It is therefore very satisfying to see that Statcounter shows that in the Netherlands we achieved one of Europe’s highest adoption scores – and that Windows 10 is now on its way to become the largest desktop platform. 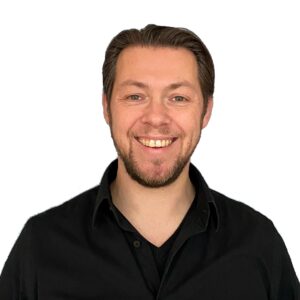